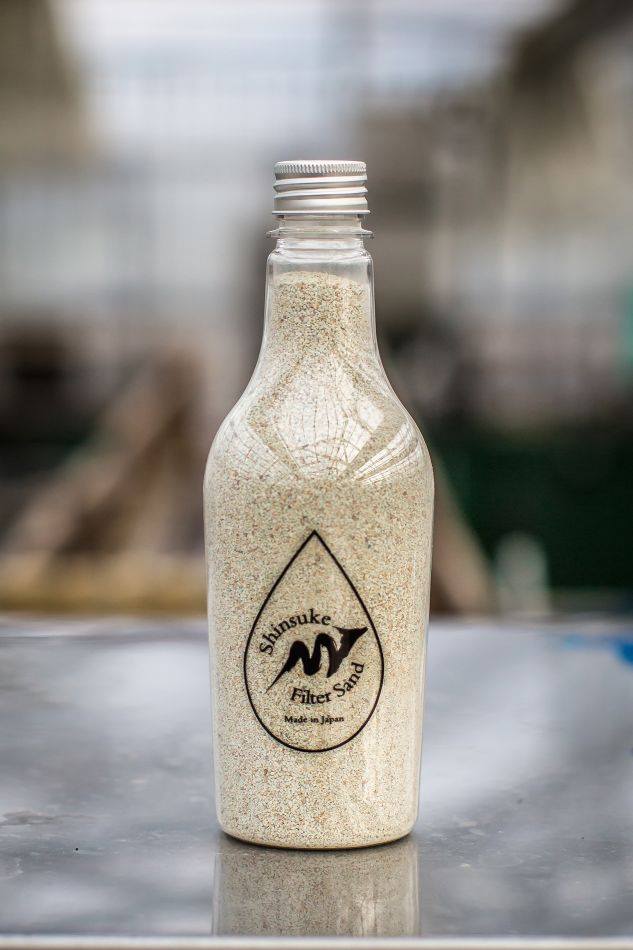 Filter Sand is available in a 500 gram bottle, which can treat a 5,280 gallon pond five times.

**Caution should be used when medicating pond  as all medicine damages pond quality**
(Medications and treatments designed to prevent or cure koi diseases affect all bacteria, including those in the filter, which means that after use, the water quality becomes worse, and the fish are susceptible to more diseases.)

As the bacteria act they generate energy, as well as making vitamins and antibiotics (effective into mould) as by-products. Some of the bacteria within Filter Sand also produce an enzyme which forms structures to promote bacterial growth. In addition this is used by other living things, helping the formation of an effective ecosystem.

Because hobbiest ponds are also prone to sudden changing of water quality, which may harm the filter bacteria, it is very important to add Filter Sand once a month to maintain good water .

Proud to use Shinsuke Products

Proud to use Shinsuke